Natalie Chami aka TALsounds releases Acquiesce on May 22nd with NNA Tapes. Intuitive by passion and organized by choice, her improvisatorial talents must be one of the best in the musical landscape today, jazz included.

This interview was given before the globalized crisis we’re in happened, and Natalie’s happy-go-lucky spirit, paired with her effervescent creativity, should be an inspiration for most.

To celebrate the release of Acquiesce, TALsounds will have a live-streamed record release show on May 22nd broadcasted on Twitch via Lumpen Radio.

Here’s our interview. An interview beyond the knobs, but hopefully never too far from them.

Our interview with Natalie Chami aka TALsounds:

Your forthcoming record was produced over the span of a year. What are the spiritual and functional tools allowing you to keep a sense of cohesion over such a long period of time?

Natalie Chami aka TALsounds: I try to go into each practice and recording session with no objectives, assumptions, or expectations in mind. There have definitely been times when I have done that and I’ve felt unsatisfied. But when that happens, I remind myself that it’s not about the final product of the recording; it’s about what playing music is doing for me in the moment. That’s what I like most about music making—music being made in real time. I perform improvisational music as a meditative process.

Sometimes the improvisations are good, but other times I feel like I can’t focus or get into it, or I become judgmental of myself and feel like the elements I’m playing with are the same as some time before, with nothing feeling new or creative. In those moments I tell myself to keep going, to do it as often as possible, and maybe after finding some space and time away from the music, I’ll return to it and see some sort of cohesion or growth.

Eventually, I’ll look back at my spreadsheet that has notes to all of my recording sessions, and I’ll curate some playlists that will eventually turn into an album. I personally don’t enjoy preconceiving patterns or moods or thinking too much about music before I start playing, though of course when I get inspired by music I hear or see, I’m hopefully locking in those moments somewhere in my brain for subconsciously tapping into later. I think the spirituality comes from just being in the moment and accepting it—only looking as far ahead as the next movement or reaction to a sound in real time, and staying true to the practice being for me and not anything else.

I’m not entirely sure that I think of any of my albums being more or less heavy. Maybe on my previous albums I was turning to music-making when I was in need of a session, in need of music and what it can do for us when we’re struggling, when I felt super lonely or angry or desperate. I think with this album, I turned to music-making only for the sake of music and exploration and practice. Not to say that some of the songs on this album didn’t eventually develop into some heavier moments. But thinking about some of my previous albums, I can remember darker nights of me in my apartment making mac n cheese and being like, “Fuck it, I at least have this.” Either way, the shift is natural, I’m hopefully happier, and maybe just more mature and stronger and…not as emo? That’s debatable 🙂

Your relationship to analog machines: forced domination or tactful taming?

Symbiotic existence. No force or taming, just going with it! That’s the charm of analog synths and what makes it exciting. If something comes out not as expected, it’s fun to figure out a way to make it work.

Recreating sounds and intuition in live conditions can be tough. According to your live experience, is it a frustrating process, or a galvanizing risk?

Galvanizing risk, for sure! It is maybe frustrating in practice sessions if I am trying to recreate a previous improvisation, but I try to let go a little and remember it doesn’t matter if it’s not exactly the same. Then it’s fun again. However, in front of an audience, it can be anxiety inducing, but also, so is all electronic and solo music at all times. You never know when something, especially vintage gear, wants to just stop working. Ha!

Your voice lands on your sounds and always seem to appear like the cherry on top. Would voice be the ultimate instrument in the end?

I think voice can give breath and human character to my otherwise totally electronic sounds. But it’s not the cherry on top. I try to think of it as another instrument and sound. I can see how as a listener it can feel like the cherry. I feel like that when I listen to other electronic musicians… just waiting for the voice to come in as almost a sigh of relief. But I don’t feel like that when I’m playing. I try to make my synths breathe and talk as well, and sometimes, I want to sing along with them.

Considering the ever-growing popularity of electronic ambient music in cinema, would you consider film scoring yourself?

I am always considering it and am actually currently working on my first full length documentary right now! It’s call Head to Head and it’s about women who lose their hair due to alopecia or chemotherapy and the struggles in identity that they may face because of it. Everyone working on the film is also a woman.

Prolificacy and proficiency qualify you nicely. Are you already thinking beyond your forthcoming album?

I am kind of thinking about the idea that I have to make one, but I have a few projects to finish first, like learning how to play the songs on this album, the documentary I am working on, and tour plans. I also have a project with Whitney Johnson called Damiana, and we are currently working on having our LP release plans for Fall 2020.

Out May 22nd on NNA Tapes 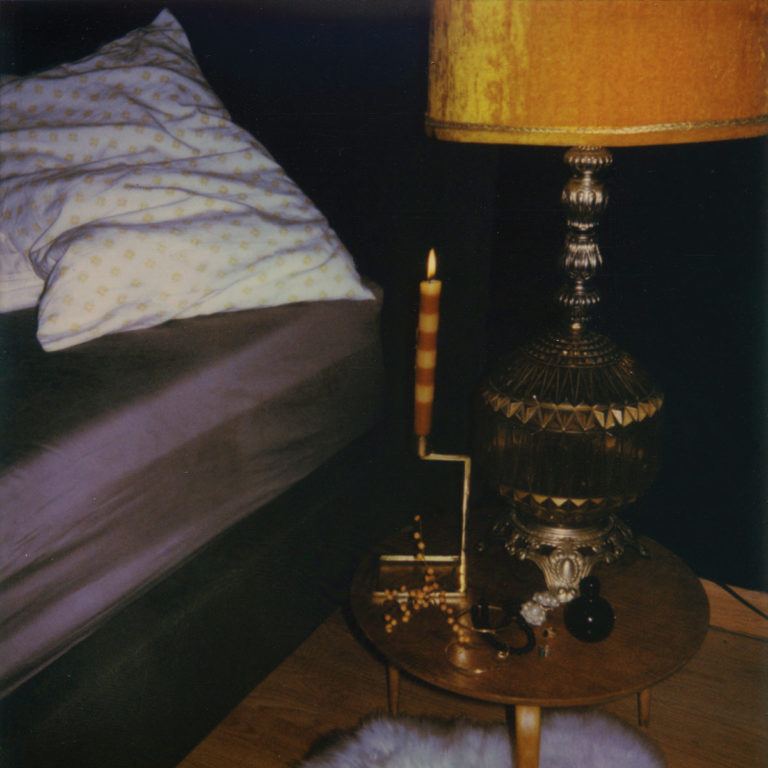 About Natalie Chami aka TALsounds

Chami is a DIY staple within Chicago’s electronic scene as a solo artist, a member of Good Willsmith, and a frequent collaborator of Brett Naucke, Matchess, and others. Over the years, she’s honed her skills onstage, particularly her ability to block out what’s happening around her to instead focus on her subconscious, letting it guide where she steers each song.

WHERE TO BEGIN WITH… The Fall (music band)