Blues vocalist and guitarist Samantha Fish released the incredible Kill or Be Kind album in September 2019. Almost nine months after the initial release, the album lost nothing of his attractiveness and cultural value.

Since 2016, we interviewed many musicians, from dream pop to jazz to americana to post-punk. You get the idea: blues was terribly missing from our range, and we are honored to have exchanged a few words with Samantha.

Samantha is a talented, ambitious, down to earth musician and we all have to learn from her discipline, openness and honesty.

Our interview with Samantha Fish:

It’s been almost a year since Kill or Be Kind was released. You declared « shooting for the moon » at the time of the release. Are the outcomes on par with your expectations and optimism?

Samantha Fish: I’d say as far as how the record was received, it went really well. I feel like it spoke to my current fan base and reached towards the unknown as well. It was a moment that we captured. I think as an artist, beyond having a concrete goal in mind (growth in numbers, streams, whatever), we’re always looking to tell a story, expand upon who we are and who we want to be. I’m always looking to grow. I feel like Kill or Be Kind has served me in that fashion. I’m ready for what’s next.

Kill or Be Kind accentuates your voice in a way rarely heard before. Is it a matter of confidence, or is it a pure artistic choice showcasing pre existing abilities?

That is definitely a mix of both. I communicated to Scott Billington (producer) before recording that I really wanted to capture how my voice sounds and feels live. I always felt like I could really “get there” on a stage in front of an audience. I think it’s just years and years of hard work, and then finding the confidence to connect the hard work to the studio.

Your lyrics are known to be deeply personal in respect of the blues tradition. It is often said that once feelings are written, they don’t belong to their author anymore. Was writing about love and disappointment a way to embrace these feelings, or to reject them?

I think it’s all part of a greater story. My relationships and feelings are unique to me, but the story is something that connects to whoever is looking for it. Once it’s written and recorded, it becomes the listeners. It’s no longer mine. I think there is catharsis in that and really what music is all about. Sharing a personal experience and having someone find themselves and a connection within that.

Kill or Be Kind was recorded in Memphis. Is the legendary atmosphere of the city still alive, and did such atmosphere impact the recording sessions?

Absolutely. Memphis is one of my favorite cities. It’s got grit and soul that is so tangible. I always feel a certain type of way when I’m there, and I love it. We recorded at Royal Studios, which is iconic for southern soul. Al Green, Ann Peebles, etc. I think walking into a place like that, raises your own personal bar, it’s inspiring.

You once declared “I want to reach over genre lines and get out to as many people as possible” and mentioned pop music as a relative direction. Weren’t you afraid to drive the purists away?

No, because I’m not looking to soothe the purists. I’m looking to make a connection with an audience that is looking for what I have to offer. I love the blues, it’s present in all that I do. I think it’s undeniable that I bring that with me to every single recording session and live performance. I want to take that love and appreciation, and evolve in my own direction.

Artists like Stevie Ray Vaughan, John Mayer, and yourself tried to introduce blues to new generations. Is this strategy paying off?

I’d say so. It’s how I discovered the real deal. The door opened for me because of classic rock n roll. I discovered Muddy Waters, Skip James, and Charley Patton through artists like The Stones, Jimi Hendrix, Zeppelin, etc. It’s all connected. Blues is the foundation for all of that music. That’s part of keeping the blues alive.

If you had to choose a protégé, or a protégée, who would it be?

I hope they aren’t born yet, I need more time! lol I see a lot of younger girls at the show, and if one of them decides they will pick up a guitar, or any instrument for that matter, then I feel like I’ve done my job. I feel like it took a while for me to find that strong female representation, I hope that I can help inspire someone to keep pushing the movement forward.

What’s next for yourself and the Samantha Fish Blues Band?

Currently, touring is off limits due to our current circumstances. That’s usually my entire world, so I’m looking at doing things differently. Finding creative ways to stay busy. I’ve been writing a lot. Planning the next album.

We all have a lot of take in from what’s going on in the world. I’m trying to turn this into art in my own way.

The edgy roots music album was recorded at Royal Studios in Memphis and produced by three-time Grammy winner Scott Billington and mixed by two-time Grammy winner Steve Reynolds. Boasting 11 original songs ranging from the Mississippi technostomp of “Bulletproof” (played on cigar box guitar) to the sweet Memphis R&B of “Trying Not To Fall in Love With You,” the album features co-writes with Jim McCormack, Eric McFadden, Parker Millsap, Katie Pearlman, and Patrick Sweany and is sure to establish Fish as a potent force in roots music. 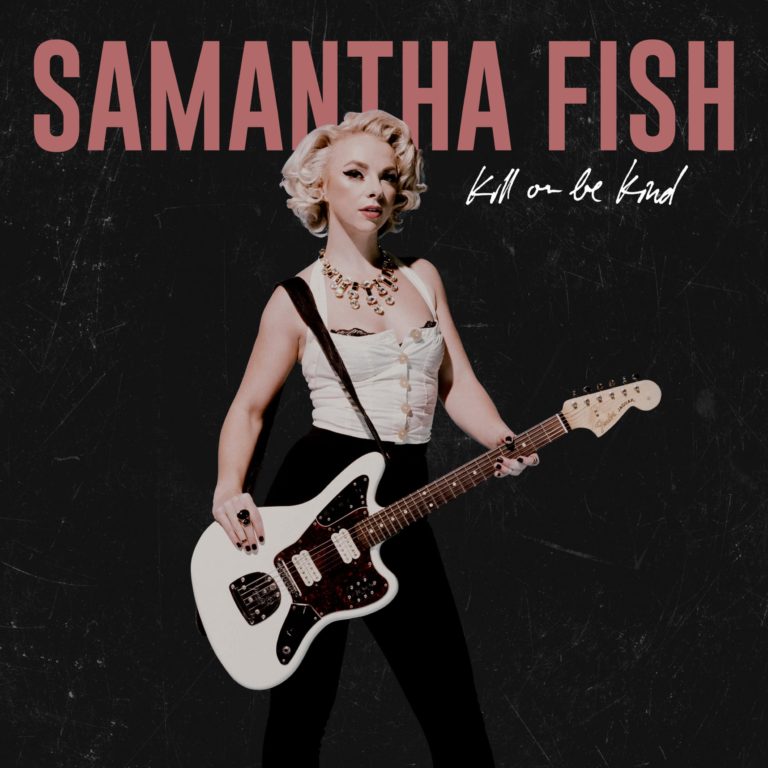 WHERE TO BEGIN WITH… Niki de Saint Phalle