Before fashion influencers became (too?) important in this world was Bill Cunningham (1929 – 2016). For almost a whole century, he’s been photographing the who’s who and the everyday man and woman on the street. Five quotes that shaped his life, and should shape yours too, brought to you by Slow Culture.

His immense work is distinctly reflective of his renowned wisdom. No need to introduce fashion photographer Bill Cunningham anymore. Former hat maker and Carnegie Hall resident, the fruits of his enlightened wanderings on NYC’s 5th Avenue and 58th Street for The New York Times are as popular as his bike and his blue workers jackets (bought in bulk in Paris). 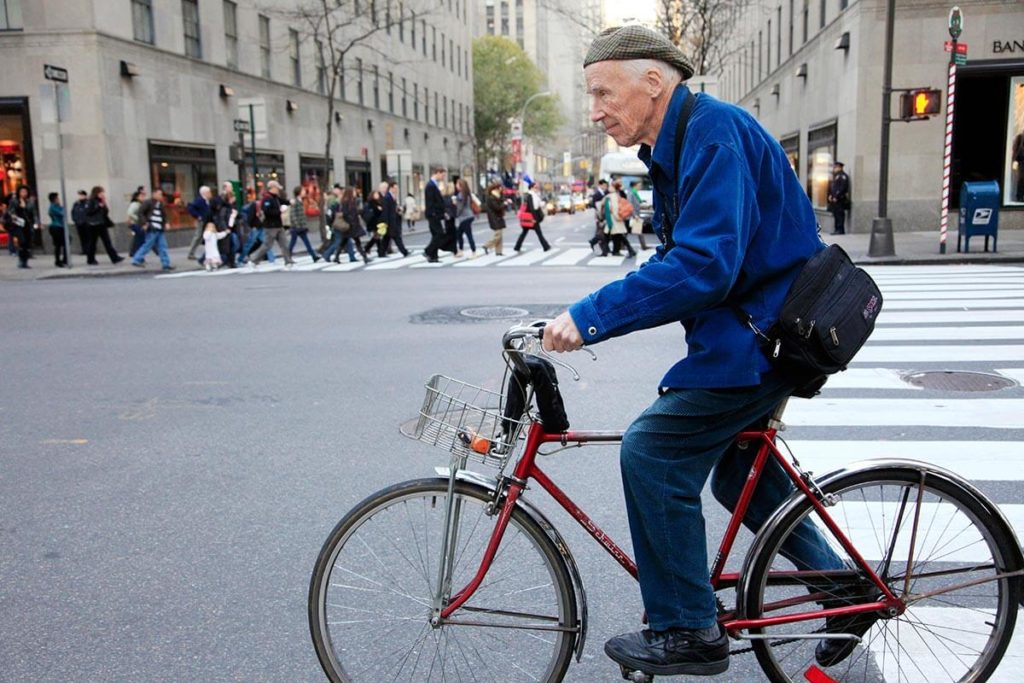 « Money’s the cheapest thing. Freedom is the most expensive. If you don’t take money, they can’t tell you what to do. That’s the key to the whole thing!” »

It is likely Bill Cunningham’s religious education and faith served as apt reminders that money is the root of all evil, especially in this postmodern world. Far from hating the riches and far from pure bigotry, Bill stressed here that no amount of money should take the integrity and passion put in your craft. The odds are that Bill may have witnessed the rise and fall of many artists and celebrities who originally (and mistakenly) saw money as fuel for art, and not as a means to get easily trapped by the industry. 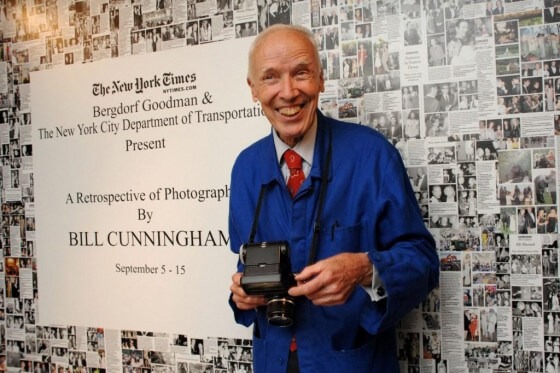 « Who the hell needs a kitchen and a bathroom ? More room to clean ! (…) Simplicity, that’s the keyword. »

Bill lived in a tiny studio filled with cabinets in Carnegie Hall (where Charles Mingus, Stevie Ray Vaughan and Melanie performed iconic shows), close to his friends (mostly former models and clothes makers) who lived in larger apartments. Bill’s real apartment was indeed New York City: under sun and rain, during summer and winter, he relentlessly roamed in quest for the beautiful ones, for the spectacular now. Who needs five rooms when your imagination already gives you room to sense life and beauty under all their forms?

« If you don’t dress the inside of your head like you’ve been dressing the outside of your body, you’re in trouble. »

Throughout at least five decades, Bill Cunningham lived surrounded by journalists and fashion people, but that never kept him from seeing the evolutions and turning points marking all these periods. While many of his acquaintances deplored that the post-2000 youth didn’t know how to dress anymore, he qualified them as “neat” and “clean” while being impressed by their ability to integrate and digest all the information and data required to survive the era we’re in.

Find below an interview conducted by Fern Mallis on this topic, from the YouTube Channel 92nd Street Y:

« I don’t mean to be immodest, but what we do, and what I do, it’s really deeply minor work. I think (what) we should focus on in America is people that do things, like doctors and scientists. »

While being aware of his talent and the talent of his peers (he repelled the term, “legacy”), Bill Cunningham sometimes reproached the folly of celebrities. For Bill, the real heroes are the ones making the world go round. Everything else is secondary and is to enjoy with moderation and awareness.

Bill reminds us here that seeking beauty is not a quest for the desperate, nor for the hopeless romantic.

Beauty awaits us everywhere. All of us.

Most quotes have been heard on the fantastic documentary Bill Cunningham New York, find the trailer below:

Compiled and written by Marc Louis-Boyard for Slow Culture.

10 SPACES AND PLACES WITH 3 RAISONS POUR