Jared Hines (the benevolent mastermind behind A Band Called Flash) got us used to excellence since Mother Confessor, his debut (Future Vision World, 2015). Need a reminder ? Listen below, and enjoy the review of Dracula. You’ll want more.

Dear reader/night owl/life connoisseur, when was the last time were you forced to leave the club at 6am, thinking it was 2am? Dracula is distorting time, and we’re not saying this because of that cheeky acid bassline. Don’t get us wrong: Dracula is not heavily influenced by another soulless, plastic VST. Jared’s no Daft Punk wannabe. That being said, Lone wouldn’t say no to this beautiful and bleeding, dancing synth. You neither. If you’re the kind of person preparing mixtapes to show love, put Dracula in one of them: if the person you’re hanging out with doesn’t dance uncontrollably to it, we’re sorry, but you can’t be friends.

A2 – There Will Be A Time (click here for a taste)

There Will Be A Time is an interesting one. It took us a bit of time to really determine wether we liked it or not. Totally breaking up with Dracula, but without killing the mood, There Will Be A Time takes you to a world of uptempo numbness, with one of the best drums processing we’ve ever heard (really). With flying notes similar in many ways to Todd Terje’s It’s The Arps EP, There Will Be A Time also has a subtle RnB touch. Agreeable performance, delightful music video.

B1 – Song For Spike (click here for a taste)

Wendy, is the water warm enough? YES. IT. REALLY. IS. Now get your undies back on, we have a review to pursue. Song For Spike is definitely a warm tribute to the MPLS Sound.

If you love Prince’s Partyup, Vanity 6’s If A Girl Answers (Don’t Hang Up), Apollonia 6’s Sex Shooter or even George Duke’s For love (I Come Your Friend) synth craziness, you’ll be in a supersonic heaven. Once again, Song For Spike is no copycat material: with this EP, Jared and Jonesy Hines demonstrate that their personal and refined production abilities allow them to play with their influences and to show them, in their very own attractive ways.

Most B2s are the ones. VSL is the one. This song is not made of notes. It’s uplifting. It’s visual. It’s a ballet for your mind.

What’s the most striking? The vocal performance, already noticeable in There Will Be A Time. Perfect song to chill out to, to make love to, to cry to, to get comfortably lost to. Mellow, aerial, determined, that is how surprising and highly pleasant VSL is. The ending is one of the most powerful we’ve ever listened to, all kinds of music combined. We’ve created friendships over the ending of Under the Bridge, we’ve loved the ending of No.13 Baby beyond all measures, we’ve felt reinforced and proud to the ending of Pills; we’re born again with VSL and its layers of vocals, wonderfully intertwined with our feelings.

Our feelings, and soon yours.

It’s the end of the record, but the sun is not setting. 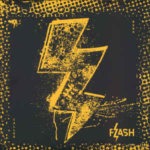 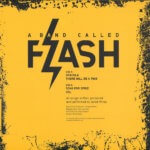