First, get in the mood :

From webcam recordings to studio sessions and amateur music videos, Lunar Vacation is a
relatively new adventure: how did everything start and what does your timeline look like?

We are indeed pretty new! We all went to the same high school and became good friends through the Arts programs. Grace and I (Maggie) met through our school’s guitar program; John Michael, Connor, and Matteo knew each other from Marching Band. Grace and I wrote a few songs during the summer of 2016 and joined forces with John Michael and Connor shortly afterwards. Grace and John Michael bonded over artists like Tame Impala and Mac Demarco earlier in the year and brought everyone together.

The four of us played shows around Atlanta for a year, with a few member changes in between, then finalized our lineup with Matteo on keys. Grace wrote the songs on Swell over the course of a year, and we recorded them at a friend’s house during the summer of 2017. We released it in August 2017, and are recording new stuff as I type! All the while, we have been playing shows incessantly.

John Lydon (Sex Pistols, PiL) once wrote « Anger is an energy ». Lunar Vacation’s lyrics mostly
depict scenes of sadness, sweet nostalgia, growing love and despair. After listening to Swell,
we couldn’t hear much anger, and yet the band is quite prolific. So, where does your energy
come from?

It comes from exactly what you mentioned- feelings of sadness, nostalgia, loneliness, and all that good stuff! Energy can come from a range of emotions; despair and confusion resonated with us a lot when making “Swell” The record definitely reflects normal high school emotions we were going though at the time, yet I think Grace phrases everything in quite a universal and eloquent way. Specific stories inspired each song, some personal, and some literary classics (see The Great Gatsby)! 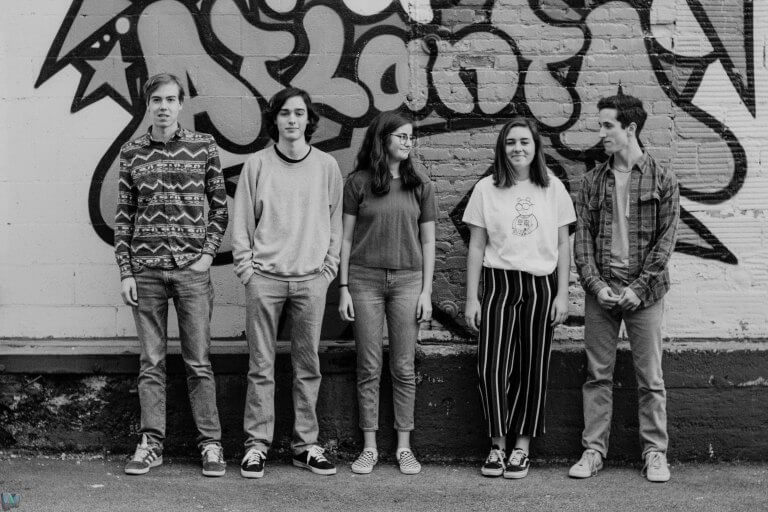 The whole musical philosophy of Lunar Vacation seems to revolve around simple and
efficient instrumentals, and virtuoso demonstrations doesn’t seem to be deliberate options.
Is your style a statement or is it due to technical limitations? In a complex world and
according to you, are people even still looking for the next Bonhams, Burtons or Youngs?

Our simplistic style was deliberate on our first EP. Lunar Vacation started as a dream pop project, with simple melodies and riffs that were meant for easy listening. If you listen closely though, there are a lot of intricate synth and guitar layers buried in the tracks. The more time we spent playing together, we found ways to expand and complicate our songs while retaining the fun and easygoing elements from the original versions.

Our live sound and new songs are definitely more developed, so, get ready folks! Regarding the classic rock heroes: we think all musicians should respect their forefathers, but our generation seemingly gravitates toward super creative artists instead of just shredders. Genuine and honest art seems to be more attractive than just technical proficiency.

Lunar Vacation seems to be the antithesis of “trying too hard”, but things work well on your
side when we take a look to the overall reception of your works on social media. Are laid
back attitudes the new keys to audience recognition? Or would Lunar Vacation secretly be
the hardest working band on earth?

We never really decided to be super laid back on social media; as cliche as it sounds, we are just ourselves. At first, our only followers were our friends, so we just kind of goofed around and shared our music. As we gained a following, we never changed our approach to the whole thing. It is much more fun to joke around, so that’s what we do! We take our music very seriously, but our image is naturally pretty chill. It would feel very artificial to be a super serious straight-faced band all the time. 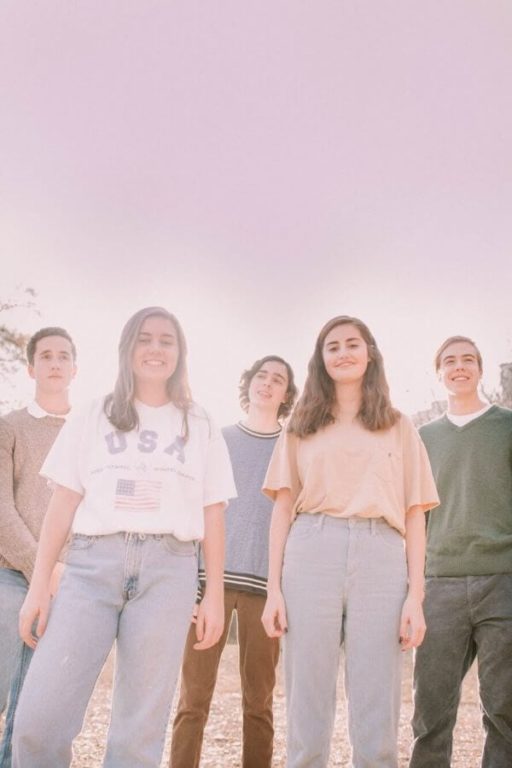 From your first music video Anna, it is pretty clear that friendship is an essential (and even
crucial?) value when it comes to the practice of your art. Gossip time: is everything always so
pink, and how do you cope with difficult moments?

Friendship is vital to this whole thing! What’s the point in making music if it isn’t a good time? The more time we spend hanging out, the better music we create. This year was pretty hard on us, as Grace and I were still in high school and the boys were all in college, which made it super hard to coordinate schedules. All of the late school nights spent practicing were definitely not always so pink. We will all be living super close to each other next year, which will be cool.

Since we started playing shows so young, we’ve been through a lot of weird stuff that has really bonded us together. For instance, having to sit in the pouring rain, alone, in another city, because we got banned from our own show at a bar. Things like that can surprisingly keep you together. Its safe to say that we are best friends, and that is why we keep doing this thing.

Before preparing this interview, we had access to new and maturing live material, and were
instantly blown away. Please satiate our curiosity: is our excitation equal to plans on the
making?

I believe so! Our new stuff retains the lunar sound, but is definitely more mature and touches on new subjects. That is all of the information I will give away at this point! 🙂